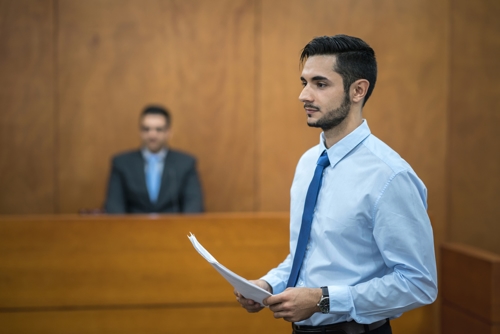 If you have been arrested for assault in Riverside County, it essentially means that you’re suspected of attempting to cause bodily harm to another person. If you did in fact cause harm, you are then looking at a battery charge in addition.

Unfortunately, it gets more complicated than that. In California, there are two main (but there other) legal types of assault that you could be convicted of, which could change the consequences greatly.

Your charges will be even worse if you cause harm to a police officer, fireman, first responder or other state official while performing their duty. Aggravated assault is a felony which carries up to 4 years of incarceration, but can be a lot more, depending on the specific circumstances.

A simple assault is described as an attempt at harming someone without using a weapon. And if the victim is injured, the injuries are minor. Most of the time, the victim isn't harmed in any way.

Simple assaults are considered misdemeanors, instead of a felony, and can carry up to 1 year of incarceration.

If you are convicted of a misdemeanor assault, you will automatically lose your right to own a firearm for 10 years, and for the rest of your life, if the charge is a felony.

If you have arrested for simple or aggravated assault, please contact our law office immediately to schedule a free and confidential consultation. We represent adults and juveniles/minors in all the Riverside County courts. Our law office assists individuals from the cities of Temecula, Menifee, Murrieta, Wildomar, Lake Elsinore, Hemet, Perris, Corona or any other surrounding Riverside County city.
Categories