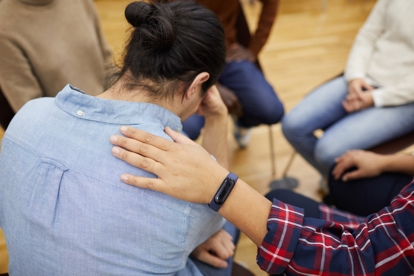 While the California juvenile justice system is different from the adult justice system, it is just as complex and as strict. Nonetheless, the juvenile legal system focuses primarily on rehabilitation and treatment as opposed to punishment.

Under the California Juvenile Justice System, there are two types of juvenile proceedings that can be applied to a particular case. Both proceedings arise out of California’s Welfare and Institutions Code, sections 601 and 602.

Within a 601 proceeding, the Probation Department files a petition with the court for minors facing allegations of truancy from school, curfew violations, or running away from home.

Within a 602 proceeding, the District Attorney’s Office files a petition with the Juvenile Court, stating that a minor is accused of committing a crime. Crimes that fall within a 602 petition can include:

In Riverside County, the vast majority of such offenses are prosecuted in the juvenile court, however, others that are more serious, like, murder or rape, for example, can be tried in an adult court.

When Can A Juvenile Be Tried As An Adult?

Below are some of the crimes for which a juvenile delinquent can be tried in an adult court under Section 707(b):

Offenders may also be tried as adults for the following sex crimes:

What Are The Penalties For Juvenile Crimes In Riverside County?

Juvenile crimes carry penalties which include some of the following:

Unlike California’s adult criminal justice system, the California juvenile justice system does not allow a trial by jury. Instead, the judge alone hears evidence and determines a case. If the judge is convinced that a crime took place, then a sentence that focuses on education, treatment, guidance counseling, and restoration, is fashioned. Only repeat or serious offenders may receive incarceration sentences. In Riverside County, juvenile probation is the most common sentence passed.

This sentence requires the minor to attend school without fail, perform community service, pay restitution, undergo counseling, and maintain curfew hours. Juvenile sentences typically last for a shorter duration than adult sentences. Most are also closed convictions, meaning they cannot follow a minor offender into adulthood. However, you still need to retain an experienced juvenile defense attorney for your child, especially if the offense was listed under Section 707 of the Welfare and Institutions Code.

What Are The Penalties For Juveniles Tried in Adult Court?

If a juvenile offender is tried as an adult, they may receive penalties like those applied in adults. These penalties can include prison sentences and hefty fines. The offender may be tried as though they were 18 years. If found guilty, they can be sent to the California Division of Juvenile Justice (DJJ) – previously known as the California Youth Authority (CYA). A juvenile may be held at DJJ until they attain the age of 25. If their sentence is not completed by then, they can be incarcerated in an adult prison.

Talk To A Top Juvenile Defense Lawyer in Murrieta, CA

People make mistakes, and children are no exception. However, the law still applies regardless of the age of the offender. If your child has been arrested in the Riverside County cities of Murrieta, Temecula, Menifee, Lake Elsinore, Hemet, Winchester or Wildomar, he or she will have to pass through the Riverside County juvenile justice system. You need to ensure your child's future is protected by enlisting the best legal representation to safeguard your child's rights. Talk to us at the Law Office of Nic Cocis and let us get started protecting your child's rights.