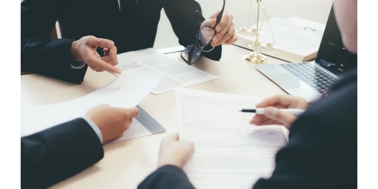 Assault is one of those crimes we all like to think is common sense. After all, one of the first things we learned as children is not to hit other people, and to work out our problems with our words. However, assault is usually a lot more nuanced than the average person thinks it is, and that can have a big impact on you, if you commit an assault or aggravated assault.

How Would You Commit an Assault?

When you think of "assault," what do you picture? An argument in a bar that got out of hand until someone got punched? A dispute between spouses where one slapped the other? How about where one person got in someone's face at a sports game, and reared back a fist?

That last one, actually, is assault, and that's where a lot of people get confused.

You see, assault as stated in Penal Code 240, is often defined as an attempt or threat to injure someone. If you make a credible threat that puts someone else in fear of being struck, or you attempt to strike them, then that will still qualify as assault even if you never physically touch that person.

The actual hitting part, as defined by Penal Codes 243 and 245, is a secondary crime, and it gets you a secondary charge. The two usually come together, though, in the famous duo assault and battery. Actually striking someone is where battery comes in; assault is what comes first.

Assault Comes in a Variety of Flavors

Assault is a charge that can be accessorized in a lot of different ways, depending on the situation in which it occurred. Assault, as a crime, ranges from threatening to punch someone to unwanted sexual touching which is sexual battery. However, there's also assault with a deadly weapon, which is a favorite among crime dramas who are looking to keep the audience interested. Say that bar fight was started, not with a flying fist, but with someone pulling a gun. The inherent threat of pulling a gun as part of a threat, or even pointing it at the victim, is enough to classify as assault. Shooting and missing is still assault with a deadly weapon, in addition to other charges that the prosecutor can pile on.

Generally speaking, the more egregious the assault, the higher the criminal charge will be. Someone exchanging harsh words with a neighbor over a difference of opinion during talk about politics would be a misdemeanor at best. The same neighbor storming toward the man next door with a machete in his hand and screaming death threats is probably going to be facing felony assault charges, and worse, if he actually takes a swipe with the blade.

What To Do If You're Caught Up In An Assault or Aggravated Assault Case?

If you find yourself caught up in assault or aggravated assault charges, the first thing you need to do is find a local criminal defense lawyer to help you navigate the waters. You need to be sure what it is you're facing, and what it's going to take from you to defense against the charges you're fighting.

If you find yourself mixed up in an assault or aggravated assault case, simply contact us today! It's important that you obtain the best representation from an effective and experienced criminal defense attorney. Our law office represents adults and minors / juveniles from Temecula, Menifee, Murrieta, Wildomar, Lake Elsinore, Hemet, Perris, Corona or any other surrounding Riverside County city.