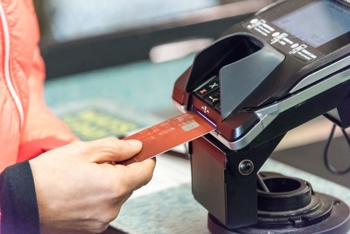 A news article from San Francisco presents the story of a woman who was mistakenly given someone else's credit card by a waitress at a restaurant. Instead of alerting the restaurant about the mistake, the woman allegedly kept the card and went to a local mall to use it, perpetrating credit card fraud. Eventually, the legal card owner tracked her down, and she was arrested.

When considering cases of credit card fraud, most people imagine elaborate schemes involving computer hacking or the creation of realistic-looking fake cards. And it's true that, especially in the digital age we live in, a lot of credit card fraud gets perpetrated via computers and other devices. Other times, we imagine the fraud taking place in the aftermath of a burglary or robbery, as the perpetrator uses the stolen card. But as seen in this article, credit card fraud can also be committed not with forethought but on a whim, after an unforeseen opportunity presents itself.

Why is it so important to consider the circumstances surrounding each case of credit card fraud? If you're accused of credit card fraud, the exact charges leveled at you and the kind of defense you present will depend upon a number of factors. These include:

In addition to these circumstances, there are also situations where you didn't intend to perpetrate a crime. For example, if the woman discussed in the news article had received the wrong credit card and honestly hadn't noticed (given that people can have similar-looking cards), she may have gone on to make purchases with the wrong card without knowing that she was committing a crime.

Regardless of what the case may be, you want to contact expert attorneys who have experience with such crimes. They'll review all of the evidence and surrounding circumstances of your case, and fight for you to receive the most favorable outcome possible.

If you have been arrested for credit card fraud in Temecula, Murrieta, Lake Elsinore, Hemet, Corona or Riverside, it's important that you obtain the assistance of a top criminal defense attorney. Call (951) 695-1400 immediately to schedule a free consultation directly with Attorney Nic Cocis.