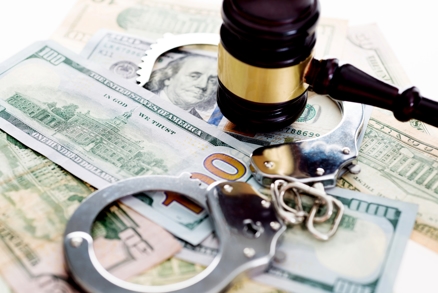 Earlier last month, two brothers who owned a textile company in Los Angeles were sentenced to prison terms of 18 months for one brother and 2 years for the other. The brothers were found guilty of laundering $370,000 through their company for a drug cartel. The "cartel" was actually part of an undercover sting operation which is part of an increased effort to crack down on pervasive drug money-laundering activity by the fashion industry.

Under California penal code 186.10, it is a crime to attempt to conceal the origins of money obtained through illegal activity. The concealment is typically done by funneling the money through a legitimate business which will deposit funds into company accounts and pass them off as company profits. Essentially, it tries to turn the illegal profits into legal ones. The law states that anyone making financial transactions under the circumstances below, is guilty of the crime of money laundering:

Money laundering is a serious charge and a conviction will result in fines and substantial jail time. Each transaction in excess of $5,000 or in excess of $25,000 in a 30-day period is considered a separate offense, so the prison sentence can become significant.

If you have been accused of money laundering in Riverside County, you need to seek immediate help from an experienced criminal defense attorney. Call our office and set up a free consultation to discuss your case. Nicolai takes a personal and hands-on approach with every case. When you call with a question, Nicolai provides the answers you seek. You will not be handed off to an assistant or paralegal.