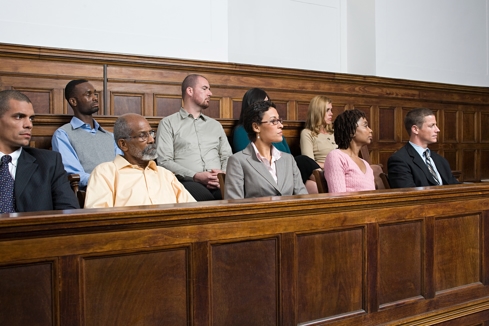 When someone is killed, first-degree murder is not the only charge that you may be accused of. You could also be facing manslaughter charges.

So, what is manslaughter? California Penal Code 192 defines it as ‘the unlawful killing of a human being without malice” [1] There are three types, including voluntary, involuntary and vehicular.

Voluntary manslaughter is often called a crime of passion. This means that you committed murder because of an extreme emotional response. This doesn't have to be love. It can also be anger, fear, and much more.

Some drug dealers who cause deaths by selling controlled substances could also be convicted of voluntary manslaughter. Parents (or other adults) who punish children maliciously could be charged with this type of manslaughter.

Voluntary manslaughter is still serious, and you could face many years in prison and have to pay thousands of dollars in fines.

Vehicular Manslaughter is considered a crime when someone causes death due to negligence as opposed to accident.

If you injure someone enough to cause their death while you are behind the wheel, you may be looking at a charge of criminal vehicular manslaughter. This basically means that your driving was negligent or in some type violation of the law, such as speeding or running a red light. On the other hand, if you kill someone because of DUI, you may be charged with criminal vehicular homicide.

If you are arrested and charged with manslaughter in Riverside County, you need a good lawyer on your side. We can help!

Nicolai Cocis is an experienced criminal defense lawyer who represents adults and minors/juveniles in the greater Riverside County area, including Murrieta, Wildomar, Lake Elsinore, Menifee, Temecula, Hemet, Corona, Riverside, Banning, and all other surrounding areas. Contact us today to have the Law Office of Nicolai Cocis provide a complete evaluation of your case during a free, confidential consultation.

Manslaughter is the unlawful killing of a human being without malice. It is of three kinds:

(a) Voluntary—upon a sudden quarrel or heat of passion.

(3) Driving a vehicle in connection with a violation of paragraph (3) of subdivision (a) of Section 550, where the vehicular collision or vehicular accident was knowingly caused for financial gain and proximately resulted in the death of any person. This paragraph does not prevent prosecution of a defendant for the crime of murder.

(e) “Gross negligence,” as used in this section, does not prohibit or preclude a charge of murder under Section 188 upon facts exhibiting wantonness and a conscious disregard for life to support a finding of implied malice, or upon facts showing malice, consistent with the holding of the California Supreme Court in People v. Watson (1981) 30 Cal.3d 290.

(f) (1) For purposes of determining sudden quarrel or heat of passion pursuant to subdivision (a), the provocation was not objectively reasonable if it resulted from the discovery of, knowledge about, or potential disclosure of the victim’s actual or perceived gender, gender identity, gender expression, or sexual orientation, including under circumstances in which the victim made an unwanted nonforcible romantic or sexual advance towards the defendant, or if the defendant and victim dated or had a romantic or sexual relationship. Nothing in this section shall preclude the jury from considering all relevant facts to determine whether the defendant was in fact provoked for purposes of establishing subjective provocation.